The store will not work correctly in the case when cookies are disabled.

Behind the print: ESSENZA for Mauritshuis

The ESSENZA for Mauritshuis collection is here! In cooperation with the Mauritshuis we designed a number of home & living products - such as bedding, rugs, cushions and homewear - in which six paintings from the museum in The Hague are incorporated. These are the stories behind the prints.

Girl with a Pearl Earring is Vermeer’s most famous painting. It is not a portrait, but a ‘tronie’ – a painting of an imaginary figure. Tronies depict a certain type or character; in this case a girl in exotic dress, wearing an oriental turban and an improbably large pearl in her ear. Johannes Vermeer was the master of light. This is shown here in the softness of the girl’s face and the glimmers of light on her moist lips. And of course, the shining pearl. For this limited edition collaboration, we have given this stylish classic a glamorous makeover.

We actually love everything with this print; which is your favourite?

It was love at first sight when we saw this 'flower still life' by van Huysum. Some flowers have been set out with apparent nonchalance on the corner of a marble tabletop. The eye-catcher is a large rose with fragile petals. Two butterflies are alighting on the flower. This small painting forms a pair with a fruit still-life. Together, they are unique in the oeuvre of Jan van Huysum, who painted mainly large, lavish bouquets. Van Huysum’s still-lifes were very popular – he was one of the highest paid painters of his day.

Want to see more of this floral print?

Jacob de Gheyn, a painter from The Hague, has not copied an existing bouquet, as the flowers depicted here bloom at different times of the year. He was concerned instead with painting a ‘portrait’ of the most beautiful flowers. This is why he placed them all at the front of the bouquet, where they were equally visible. This painting is very ESSENZA already, we hardly have to touch it. We just made it a little more cool, by combining the flowers from the painting with brown checks.

We are looking from a slope out over a panoramic river landscape. A little further down, some hunters are walking, and their dog is sniffing around in the foreground. Vroom created incredible depth in the landscape, by using mainly pale shades of green and blue, that fade and cool down further towards the background. The dark silhouettes of the trees in the foreground reinforce this suggestion. A serene picture that keeps holding your attention. We adored this painting so much that we pictured it on a duvet cover and combined it with floral still lifes from various paintings at The Mauritshuis to give it that ESSENZA touch.

This sixteenth-century bouquet is all the more exceptional since flower pieces were rarely painted before 1600. It was only in the seventeenth century that flowers became a popular subject in Dutch and Flemish painting. Ludger tom Ring’s still life anticipates this development. A tall ewer holds a posy of narcissi, violets and periwinkle flowers. Some individual blooms and a sprig of rue lie on the table. The periwinkle flowers would originally have been a purple-blue colour, but the blue pigment has faded over the centuries leaving only the orange-brown undercoat visible. Ludger tom Ring was the youngest member of a family of painters working in Münster. He trained with his father and spent time in Holland, Flanders and England. In 1569 he settled in Braunschweig, where he would live until his death. He primarily painted portraits, as well as a number of flower pieces.

Would you like to have this beautiful print in your home?

The Antwerp painter Daniël Seghers often worked with other artists. In this case, he asked Thomas Willeboirts Bosschaert to paint the statue of the Virgin Mary, while he did the stone frame and the flowers himself. Besides being a flower painter, Seghers was also a Jesuit. This large painting was a gift from his order to the Protestant stadholder Frederik Hendrik, Prince of Orange and his wife Amalia van Solms, which explains the oranges and the orange blossom. As a token of the stadtholder’s appreciation, Seghers received a gold rosary and two gold crucifixes. The painting was hung above the mantelpiece in Huis ten Bosch.

For this duvet cover, we chose to use the flowers from the painting as a garland on top of a marble background. The inspiration for the marble look comes from the work of Seghers too. It can’t get more chic than this!

Discover the ESSENZA for Mauritshuis collection
← Previous Next →
Philippine

Strategic brand marketer Philippine lives in the Randstad with her husband and 3 small children. None of the walls in her house are white because she loves colour and flowers – so she is in the perfect place at ESSENZA. She can be found on the beach weekly, likes to bake cakes, clears her head by gardening and loves a long dinner with friends. Philippine dreams of writing her own novel one day. You can wake her up for olives, fries and champagne or for a game of tennis. Her favourites are the Marc O'Polo's wine glasses and of course the many floral duvet covers from ESSENZA. 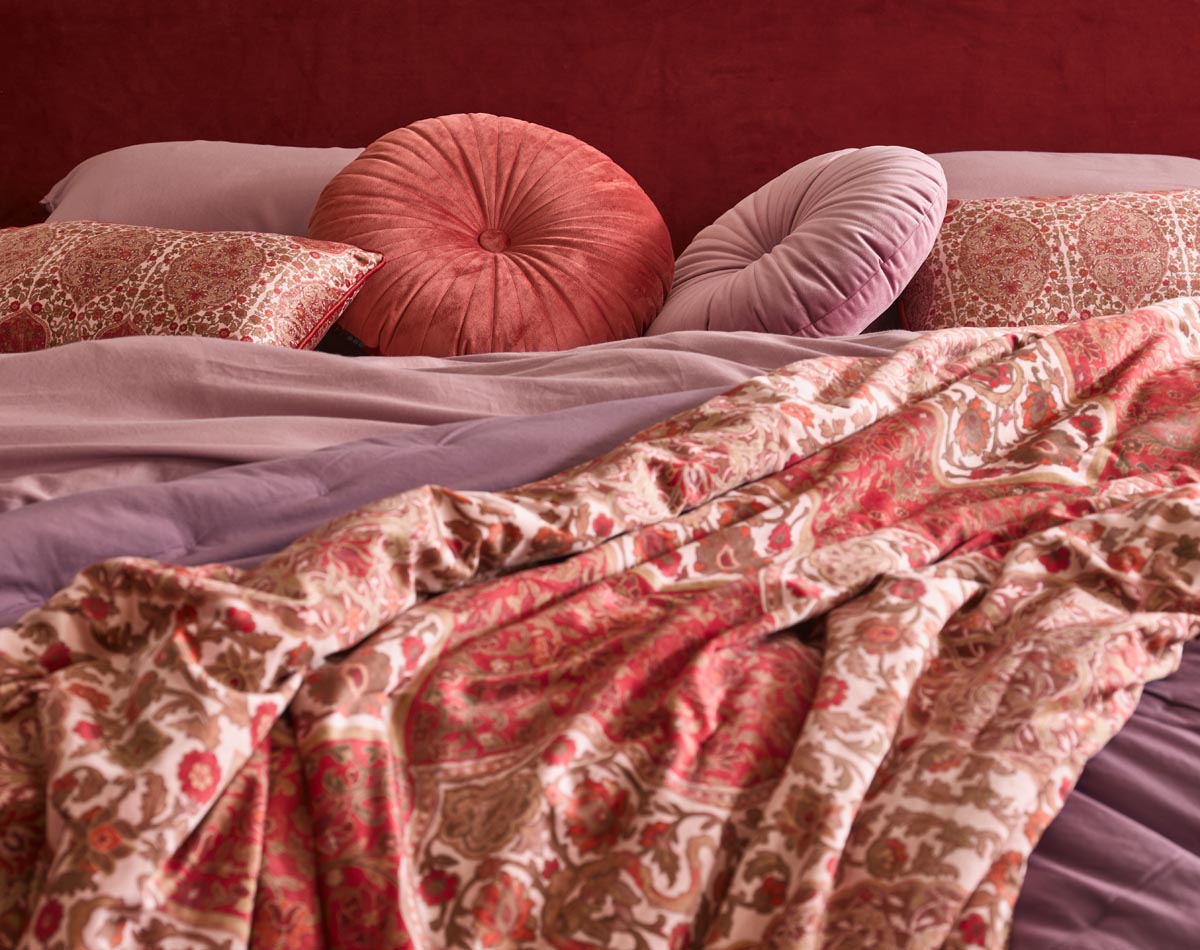 All about the Minte 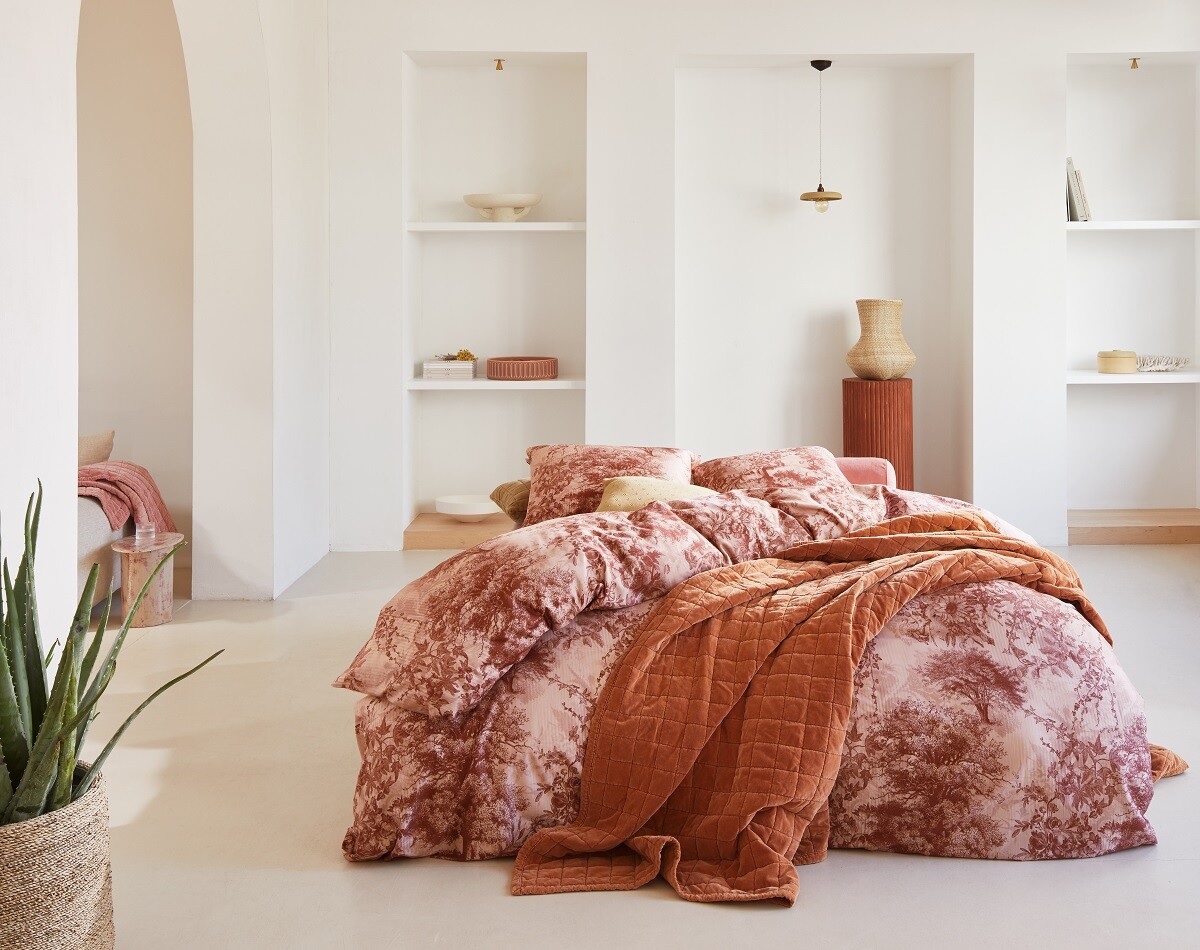 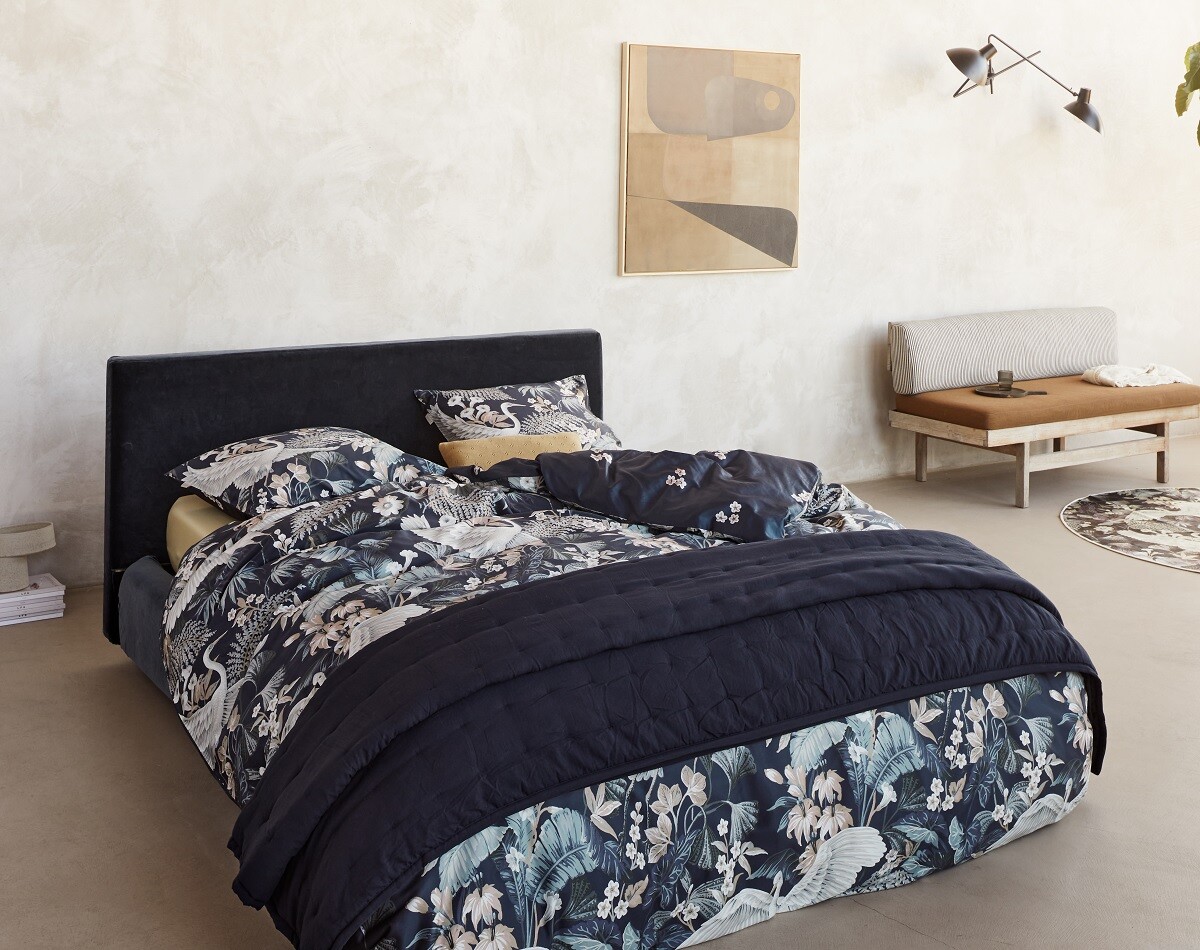 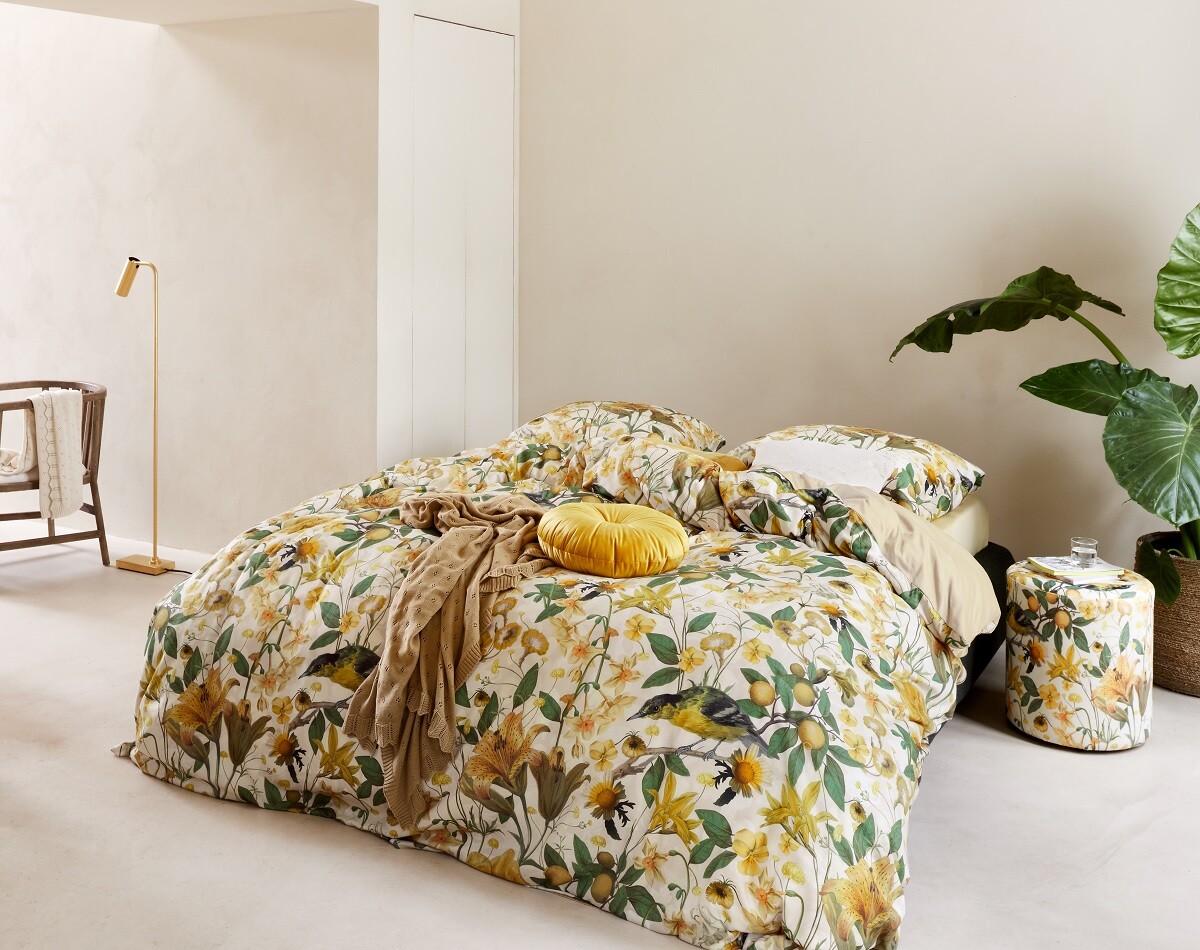 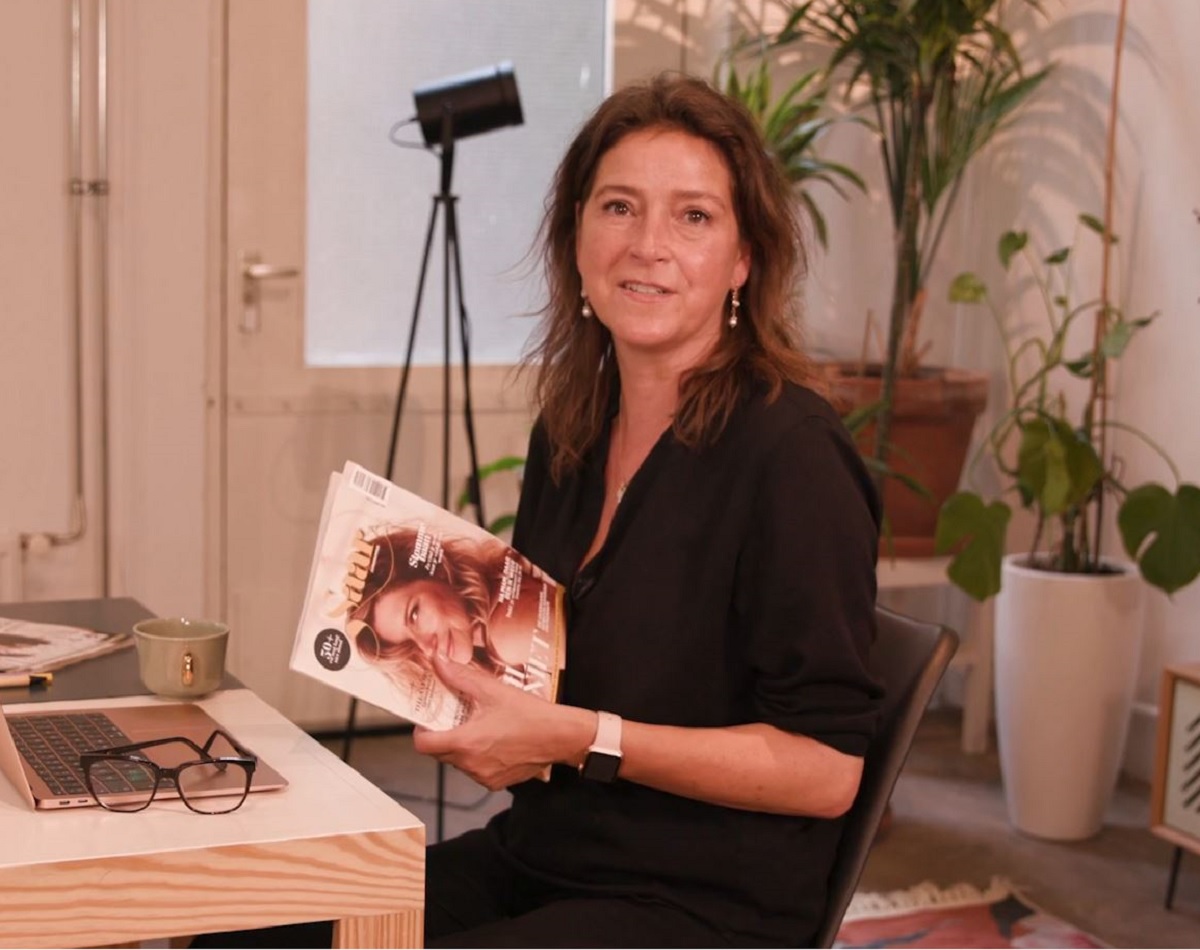 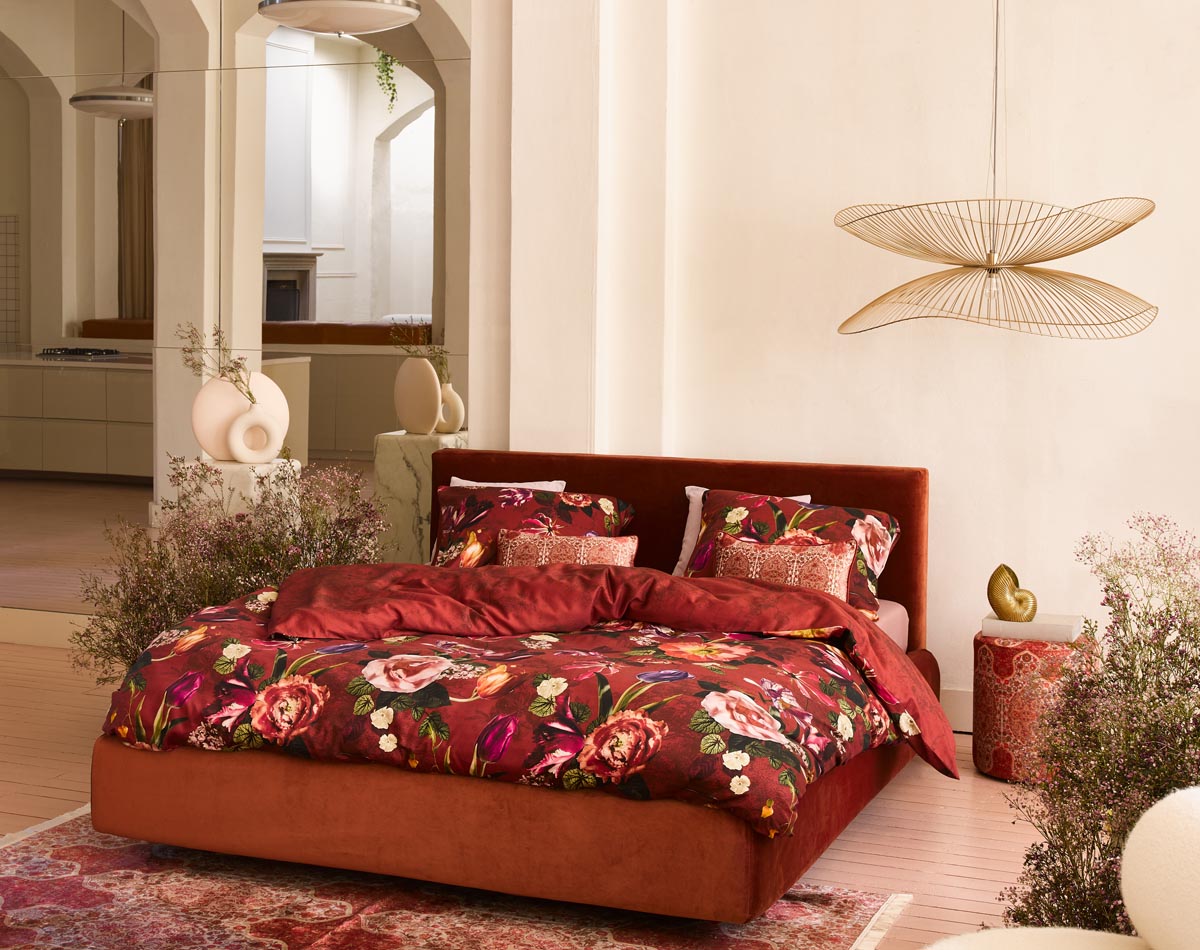 Staycation - A Boutique Hotel under your own Roof 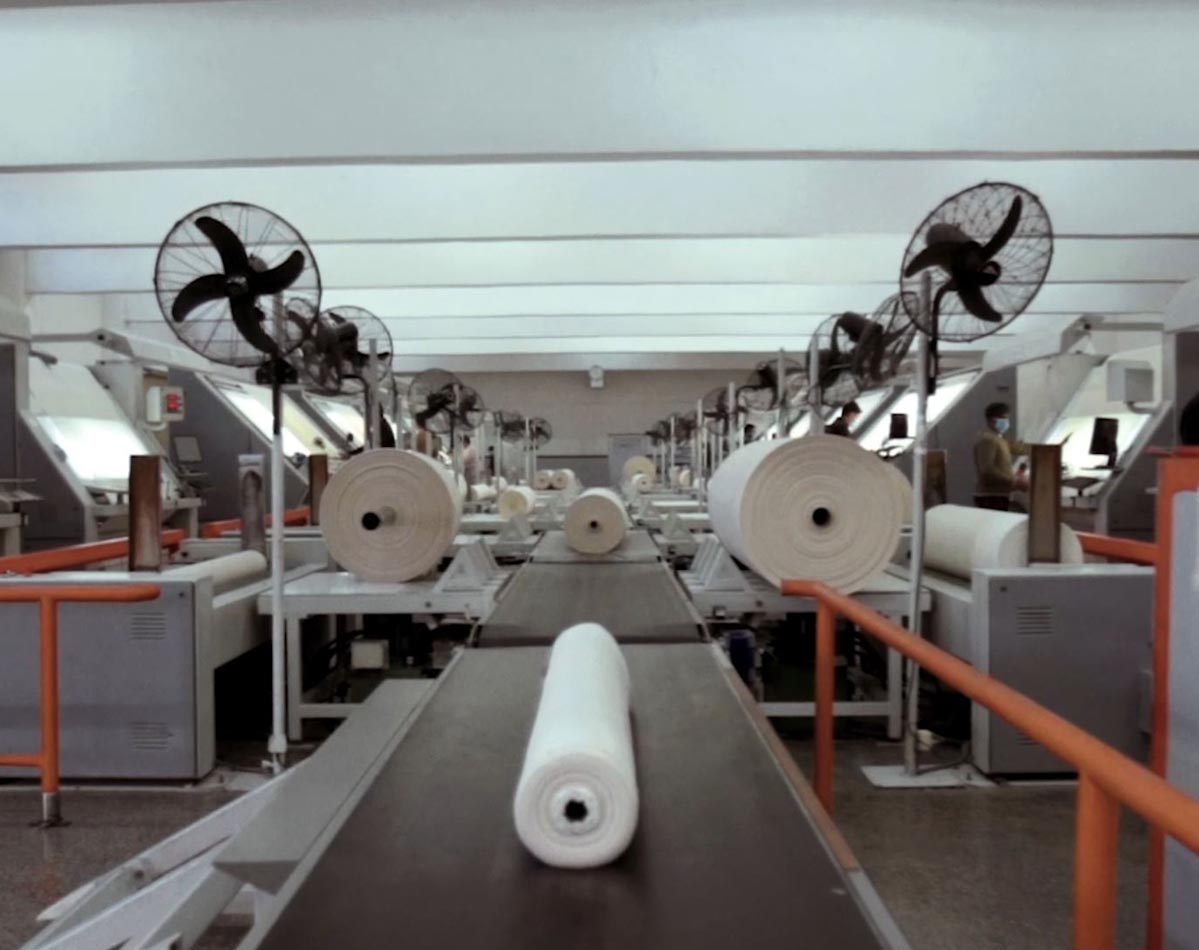 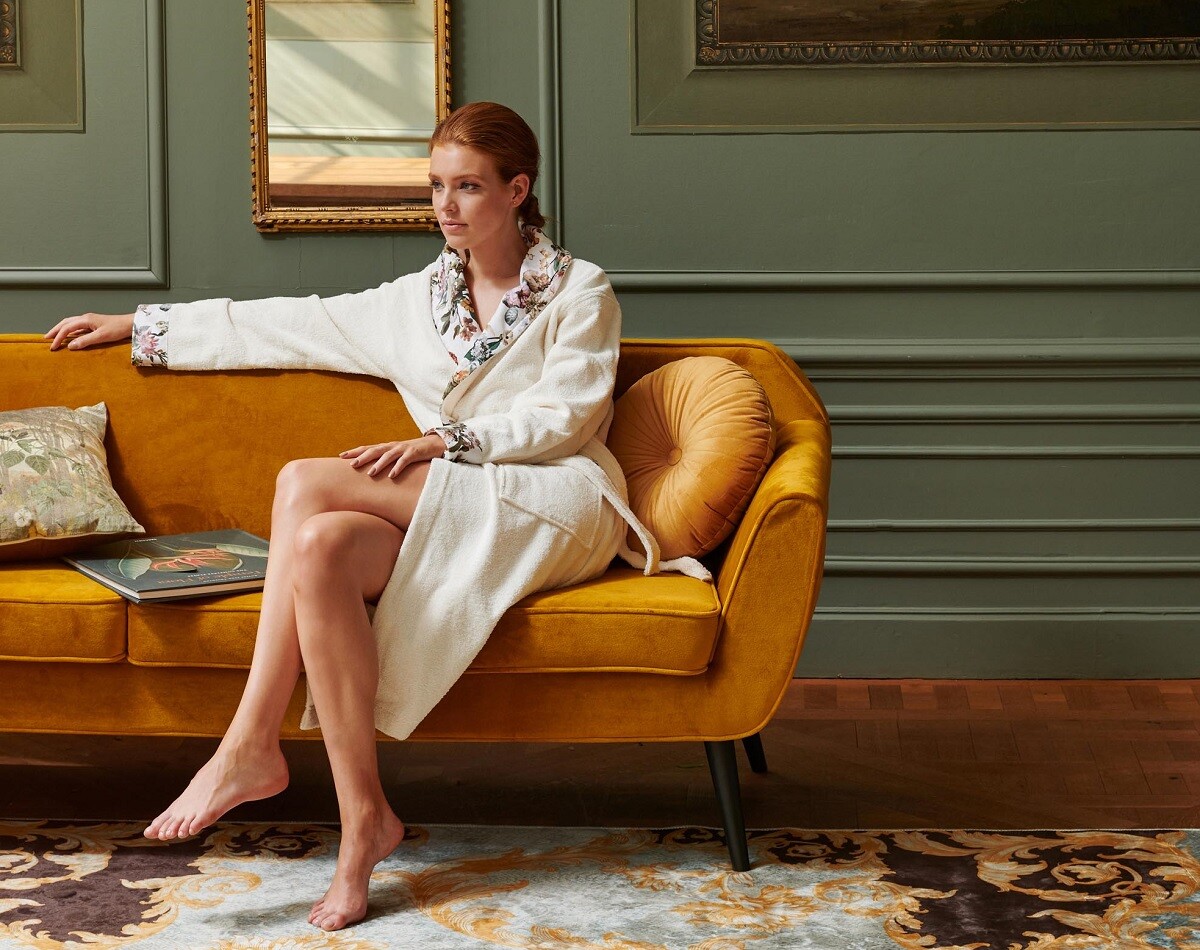 These are the Best Interior Trends of 2020 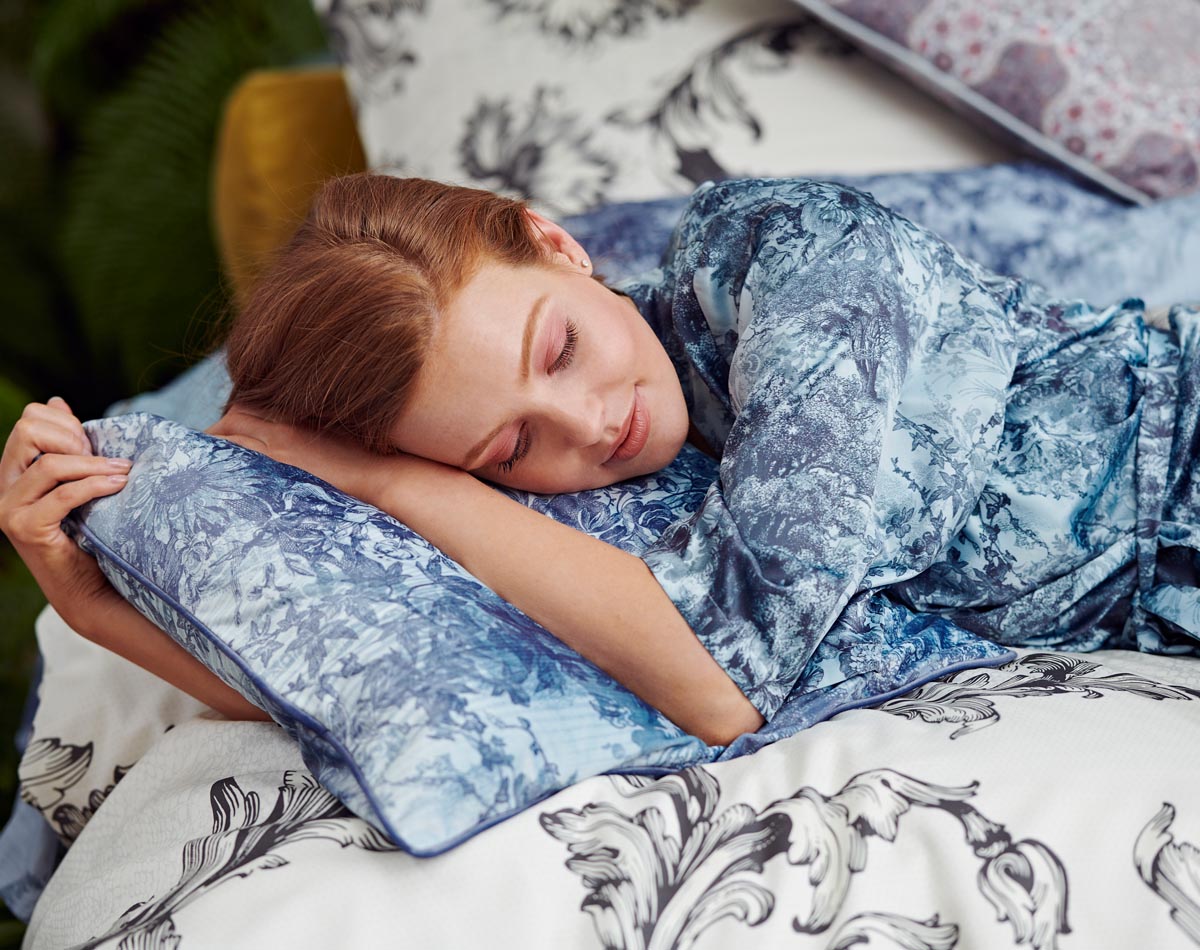 What does your sleeping position say about you? 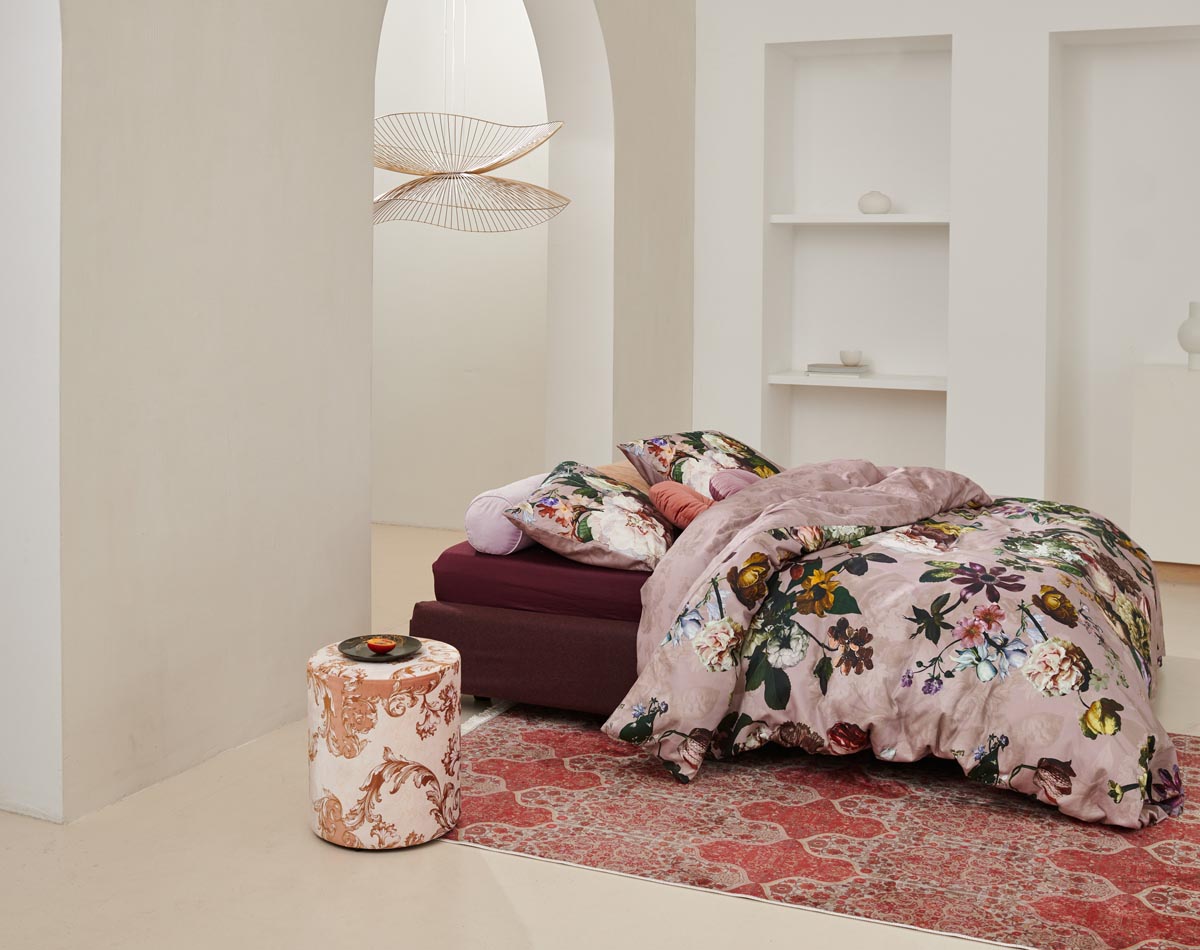 How to Choose the Right Fitted Sheet?
Copyright © 2022 ESSENZA HOME